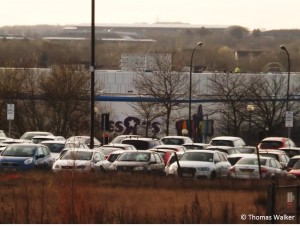 Current temporary parking at the west end of the B4 site, which will be expanded towards the camera in the planned changes.

Recently we reported on plans by Milton Keynes Council to create three new areas of temporary car parking around Central Milton Keynes. Designed to create 2,000 new spaces on future development land, the plans also include increasing the parking charges around CMK and reducing the discount for local businesses. More detail about the plans can be found in the original article. Detailed maps of the three proposed sites can be found here.

CMK Town Council has now studied these proposals and produced an official response, which can be read here. In short, the Town Council agrees with the principle of providing new parking spaces in CMK, but does not support the proposed increase in parking charges.

The public consultation for this scheme is still open, and members of the public can contribute by going to the consultation website, or by emailing parkingconsultation@milton-keynes.gov.uk. 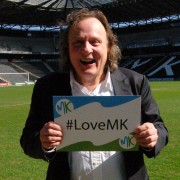