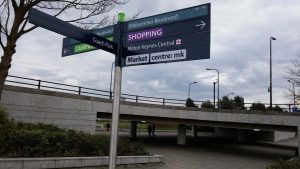 Many people will have noticed the new signs appearing on footpaths across CMK. These are the first phase of a new ‘wayfinding’ project to help people get around the city centre quickly and safely.

There have http://huntervalleyweddingentertainment.com.au/buy-generic-viagra-online/ been concerns that some of the new signs point to destinations that no longer exist, such as The Buszy and the Leisure Plaza, and that some initially pointed in the wrong directions.

The signs are planned to be the first element of a larger project to create a consistent network of signs across the whole of CMK.