The analysis of the results from the residents’ questionnaire is now well underway, and clear priorities have begun to emerge. One priority is the poor maintenance of paving, kerbstones, and covered walkways (porte cocheres), which the CMK Street Warden can help to address. We strongly encourage people to contact him with details of any specific issues at 07904 016373 or by emailing him at warden@centralmk-tc.gov.uk. On a positive note, the majority of residents felt that maintenance in CMK overall was quite good. 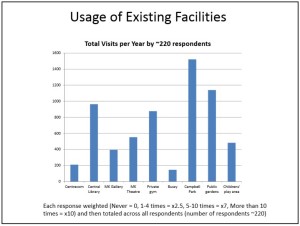 A graph showing how often respondents use various existing facilities in CMK.

In terms of smaller items to improve the environment on local streets or blocks, the highest interest was in various kinds of bins – litter bins, salt bins and dog bins. The Town Council is investigating options for these with a view to improving litter bin provision by the end of the year.

On a larger scale, sports emerged as the area of most interest for a major community facility, with a swimming pool having the highest level of interest. While initial research suggests that a pool would cost upwards of £3 million, https://www.twopointzero.com.au/generic-cialis/ which is currently not feasible, the Town Council is looking into collaborating with other local parish councils and organisations on this possibility.

The questionnaire also asked residents about their usage of the existing community facilities in CMK. This revealed a very high usage of Campbell Park and the other public parks and gardens around CMK, as well as usage of the central library. The high usage of private gyms also corresponds to the interest in possible new sports facilities. 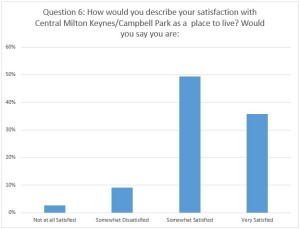 The results for resident satisfaction with CMK, showing the combined 86% of residents that answered either ‘somewhat satisfied’ or ‘very satisfied’.

One impressive result from the questionnaire was that all of the areas achieved high resident satisfaction rates, with almost 90% of people saying they were satisfied with living in CMK. Likewise, all of the individual housing areas in CMK achieved satisfaction rates at least 60%, with most areas scoring much higher. This information is very useful to the Town Council, as it allows us to identify those areas where satisfaction is lower and more could be done to improve the areas for local residents. 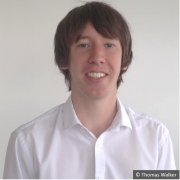 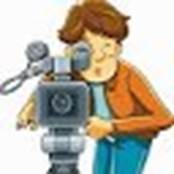 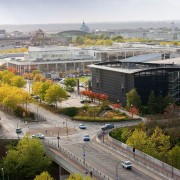 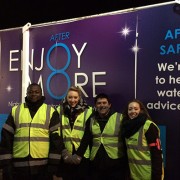