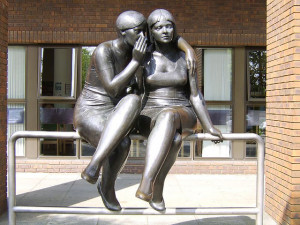 CMK’s iconic Central Library, one of the most identifiable defining buildings of the city centre, has been awarded Grade II listed building status. The library, described by Historic England as having ‘a commanding façade’, was built and opened by the Milton Keynes Development Corporation in 1981. Among its features are the gigantic painting by Boyd & Evans in the main entrance hall, the rooftop glass dome and the ‘Whisper’ sculpture, pictured right.

Although it met with widespread praise on opening, the library as it stands today is in fact will celebrex generic available incomplete. Originally, plans envisaged the building being extended at the rear to create a museum or archive facility. The present building was the first phase of this larger project. Whether or not the listing would preclude the realisation of this original vision is unclear. 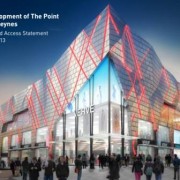