Earlier this summer, Business Secretary Vince Cable opened a new innovation centre in CMK for smart transport technology that aims to transform the movement of people and goods around the world, helping to generate up to £90 billion per year for the UK by 2025. 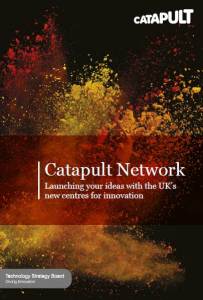 The centre is part of the Government’s Catapult Network – a long-term industrial strategy to deliver high-skilled jobs and growth – and Central Milton Keynes is the base for the Transport Systems Catapult, called the “Imovation Centre.”

Speaking at the press conference in CMK, the Business Secretary, Vince Cable said:

“Britain has a long history of transport innovation; from the shipbuilders who paved the way for globalisation, to the railways, that underpinned the industrial revolution.  This new innovation centre will ensure the UK is well placed to profit from the increased demand for high-tech transport solutions.”

Located in the prestigious Pinnacles office complex on Midsummer Boulevard, the Imovation Centre is a world-class collaboration space for innovators, entrepreneurs, research organisations and businesses using the latest technological developments to improve the transportation of people and goods.

Following the official opening by Dr Cable, staff at the centre provid 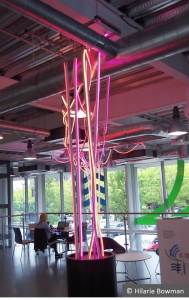 ed a series of demonstrations and simulations of some of the projects already being worked on, including the LUTZ Pathfinder programme which will see driverless pods being tested on the pavements of Central Milton Keynes.

“Driverless pods have captured the imagination of local residents,” said Dr Rebecca Kurth, Chair of CMK Town Council. “With the first pods expected to take to the Boulevards in January 2015, Milton Keynes is once again leading the way as a ‘Can Do’ city.”

Staff at the Transport Catapult have offered to show groups of CMK residents the new Imovation Centre at the Pinnacles.  If residents are interested, please contact the Clerk who will arrange group visits.