Representatives from dozens of CMK businesses gathered on the evening of Wednesday 15 April for an information event on the upcoming CMK Business Neighbourhood Plan referendums. These will be the first in the country to include a business referendum for a neighbourhood plan, as well as being the largest vote on a neighbourhood plan to date. The event was organised by CMK Town Council and the MK Business Council, and aimed to raise awareness of the plan and the referendums, which are being held on 7 May.

The CMK Business Neighbourhood Plan is the result of two years’ consultation with local people and businesses. It sets out a framework for developments in Central Milton Keynes over the next ten years, promoting a range of new facilities and projects whilst working within the framework of CMK’s existing infrastructure and design, which have made it so successful to date.

Paul Swinney, the senior economist at Centre for Cities, delivered the event’s keynote speech, in which he described the success of CMK as a regional centre for growth. “Milton Keynes has a very strong city centre economy. Crucially, one in two jobs in CMK are in knowledge-intensive, high paid industries such as finance, law and architecture, and it’s growth in these areas that will be crucial to the future performance of Milton Keynes as a whole,” he said, adding that vibrant urban centres such as CMK are increasingly important to the regional and national economy.

At the end of the briefing, Dr Philip Smith, Chair of the MK Business Council, told attendees, “This is an important opportunity for every business in the borough.  It provides business with confidence and clarity about the future and this is what we need.” 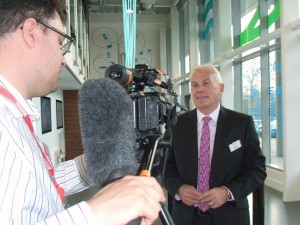 John Hunt, head of the MK branch of John Lewis, being interviewed by BBC News. 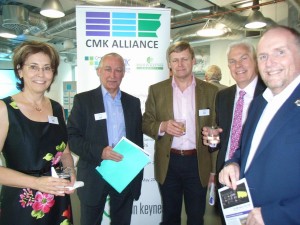 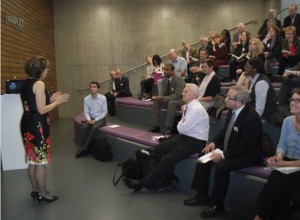