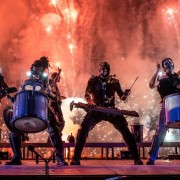 The city’s 50th anniversary will fall on January 23rd next year. To celebrate the landmark, Milton Keynes Council is inviting community groups and residents to propose and organise events across the city, in addition to the main events already planned. CMK Town Council is considering some proposals for this in collaboration with local groups.

The main program of events planned for MK50 include ‘The Spectacular’, a larger version of 2015’s ‘The Clash of Drums’ in October 2017, and the MK50 Exhibition, which will begin in Middleton Hall on 10 January, describing the story of Milton Keynes from undeveloped farmland through to the thriving city we know today.

Owners of local attractions and historic buildings are also being invited to open their doors for the 50th anniversary weekend on the 20-23 January.

Anyone who wants to find out more and get involved with the MK50 celebrations should visit the dedicated website at www.mk50.co.uk. 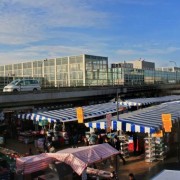