On 7 May the people of Milton Keynes made history when they voted overwhelmingly in favour of adopting the country’s first ever Business Neighbourhood Plan. This pioneering plan, produced by local people and businesses under the leadership of Central Milton Keynes Town Council, will guide development throughout Central Milton Keynes (CMK) as it embarks on its next period of growth. Nearly 90,000 residents voted Yes at the borough-wide referendum (84% of the votes cast), and 356 businesses also voted in favour (88% of the votes cast). The turnout was also impressive; over 60% for both referendums.

This is another proud first for Milton Keynes.

It is the first time such an important plan for a city centre has been produced by local people and not by a local authority. It is also the country’s first Business Neighbourhood Plan to go to referendum; one for residents the other for businesses. It is the most complex plan of its type, dealing with housing, business, transport and community needs. It is also the first such plan to be voted on by an entire borough rather than just by people living within the area it covers.

The plan will now be adopted by Milton Keynes Council to ensure that new developments are built in line with the needs and wishes of local people. This includes the provision of more small, local shops, a new CMK public transport shuttle and more parking for commercial development.

In a major policy shift, the new plan also protects the city’s unique infrastructure, including its grid roads, leafy boulevards and open space, which would otherwise have remained vulnerable to piecemeal development.

“It’s been a marathon followed by a sprint, but neighbourhood planning is all about giving more power to local people and they’ve certainly risen to the challenge. As a small parish council we could not have achieved this without the commitment of local people and businesses, freely given, over two years. The late decision to hold borough-wide referendums was also a challenge but we now have a clear vote of confidence in the plan itself and the future of CMK,” said Dr Rebecca Kurth, chair of the CMK Town Council.

Paul Hunt, Head of Branch, John Lewis MK, and co-chair of the CMK Alliance steering group, witnessed the historic referendum papers being counted at the Stadium:MK. On hearing of the landslide outcome he said “This is a great result for the whole of Milton Keynes. Now we can move forward with clarity and confidence and create a more prosperous flagship for the regional economy.” 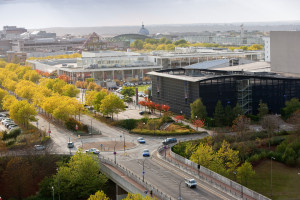 The plan sets out a vision for the development of CMK over the coming decade, including the protection of the boulevard/gate grid system, improved transport and a range of new facilities. 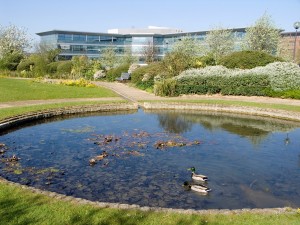 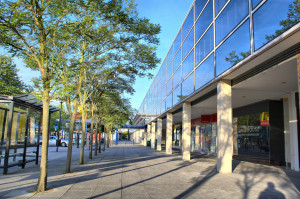