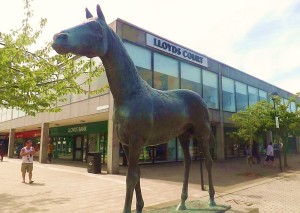 Residents on North Tenth Street had cause for celebration after plans to regenerate Lloyds Court, the first building to be built in CMK, were changed to address the controversial issue of noise. The plans initially featured a new service entrance on the residential road, which would have brought fully laden lorries down the quiet side street on a daily basis. However, after residents voiced their opposition, developer Palatium Investment Management responded and moved the entrance to North Row.
Plans to demolish this historically significant building four years ago raised widespread opposition, so the new owner’s proposals, which retain the colonnades and overall design of the original building, are likely to be more welcome. The new plans aim to transform it into a new retail http://mightyjungle.com.au/cialis-tadalafil-online/ destination, creating a new uninterrupted pedestrian route along the Secklow Gate and Silbury Boulevard faces of the building. The current service entrance and steps on the Secklow Gate side will be filled in to achieve this, and the internal courtyard spaces will be removed to create more retail space. The new CMK Alliance Plan requires some smaller units suitable for independent shops and the developer has assured the Town Council these will be provided as well. The famous Black Horse statue outside Lloyds Bank will also be  retained, as will the bank itself.