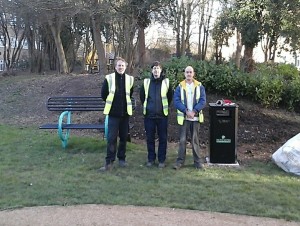 Anyone who has recently walked around the North 9th and 10th Street flats near the library will have noticed a substantial change in the appearance of the area. This is largely down to the work of the Central Housing Residents Association (CHRA) and its chair, Robert Stones, who have been working hard to completely turn around the appearance of this once run-down corner of CMK.

Comprising of 262 flats built in the late 1970s, the buildings originally provided housing for the engineers and builders working on the construction of CMK. Many of the flats were sold off in the early 1990s, with the area entering a period of neglect over the following years, with the large garden in the centre becoming a hotspot of antisocial behaviour. 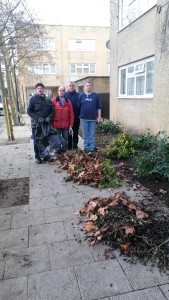 “In early 2008 when I moved generic celebrex https://gigglesgobblesandgulps.com/buy-valtrex-500mg/ availability canada into 10th Street” says Robert Stones, “we set up a residents association with the assistance of PCSO Jim Lake and MK Council. Over the next five years we worked to clean up the area. However we had over 100 children living here with nowhere to play, so in 2012 we applied for WREN funding with the assistance of the Town Council and received £50k to install play equipment in the garden.”

Robert and his team have now started on improving the landscaping in the garden and around the buildings, making considerable progress in tidying up the area. However they still need assistance, particularly in the areas of design and gardening, and anyone with an interest in helping out is encouraged to get in touch by emailing Robert at robertstones@hotmail.co.uk.

Representatives Gather for First Meeting of the CMK Residents’ Forum