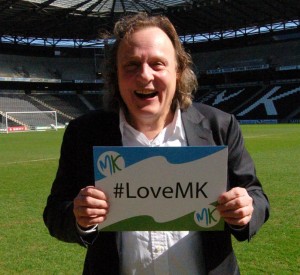 Milton Keynes could make history on May 7th when 180,000 people and over 1,000 businesses across the entire Borough get to vote on the future of Central Milton Keynes. After more than two years in the making, this is Britain’s first ever Business Neighbourhood Plan to go to a ‘yes/no’ vote. If the Plan passes at referendum it will act as the blueprint for developing CMK over the next decade.

However, voter awareness of the referendum appears to be very low. Pete Winkelman, chairman of MK Dons, is concerned this will lead to a low turnout and is urging voters to get involved. He is quoted in the Milton Keynes Citizen today as saying “It’s brilliant that everyone in MK gets to vote in the referendum. MK loves to be first and we can make history on May 7.”

Rebecca Kurth, Chair of CMK Town Council, says medicament celebrex 200mg “The Plan has hit a perfect storm. Voters are focussing on the General and Local Elections, not realising that there is a borough-wide referendum as well.  With only 3,000 residents in the CMK parish, it is well beyond our limited resources to publicise the Plan to 180,000 voters. It’s very worrying because it’s so important that everyone knows about it and makes an informed decision on 7th May. ”

Paul Hunt, Head of Branch for John Lewis MK, who helped prepare the plan, says “CMK is now at a turning point. A thriving centre helps all families, workers and businesses across the wider MK area. Wherever people live in Milton Keynes, the future of CMK is important.”

CMK Town Council has produced 4-page summaries of the CMK Business Neighbourhood Plan which MK Council is helping distribute to local libraries. Local residents are also doing their bit to spread the word via social media and simply word of mouth.